Soya granule pulao is a recipe which my daughter demanded one fine day. She saw it in her friend’s lunch box and wanted the same for lunch next day. These days she’s become very choosy. Every evening tells me what she wants in her lunch box the next day. I think this is a part of growing up. Sometimes she asks me to open my website and chooses recipes of her choice. Most of the days, I wake up at 5.00 AM to cook for the lunchbox. It does become tiring at times as I have to rush for office too. But, yes I love to cook for my daughter and fulfil all her demands. She also loves this pudina pulao too.

You can make this soya granule pulao and serve it hot with raita and salad. Soya granules are nutritious and are beneficial in promoting the kids health. Soy protein is rich in omega-3 fatty acids and vitamin B. It is also a good source of iron and calcium. Since the vegetarians don’t eat meat, these soya granules can be used as a protein source. 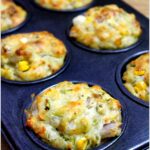