Today’s recipe is a lost recipe from Goa.  It is called as madyechyo fodi or crispy fried taro root. It is a crispy starter made with colocasia roots. Colocasia root or taro root is a tuber and is known as madi in Goa. These are not easily available in the Goan markets, but are found in the jungles of Goa-Karnataka border. Goans normally buy these when they visit Belgaum which is a shopping hub for Goans.

My parents had been to Belgaum and on the way they found people selling taro roots. Dad immediately told the driver to stop the car and purchased some colocasia roots. As usual when dad purchases anything, he purchases in bulk and later distributes them to friends and family.

I too got some colocasia roots and dad said that he wants to see madi recipes on my blog. During my trip to Goa, mom packed some sliced and peeled colocasia roots and sent them to Bangalore. I prepared two recipes with madi namely madyechyo fodi which is mentioned in today’s post and a surprise recipe with taro roots – which will be up soon. I had also prepared this delicious curry with colocasia leaves which is known as terren tonak.

Colocasia root and colocasia leaves recipes are not easily found on internet or in restaurants. We have to make these to keep the tradition alive. Taro roots are nutritious and should be incorporated in daily diet too.

Madyechyo fodi or crispy fried taro root is a delicious side dish which can be served with rice.

I was a bit confused with the English name of madi. A Goan blogger friend Neelam who blogs at Ranchikood confirmed that madi is same as taro root. You can check this post written by Neelam to know more about taro root. 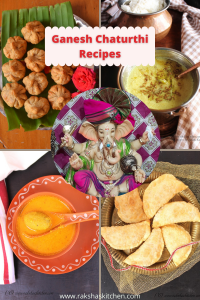